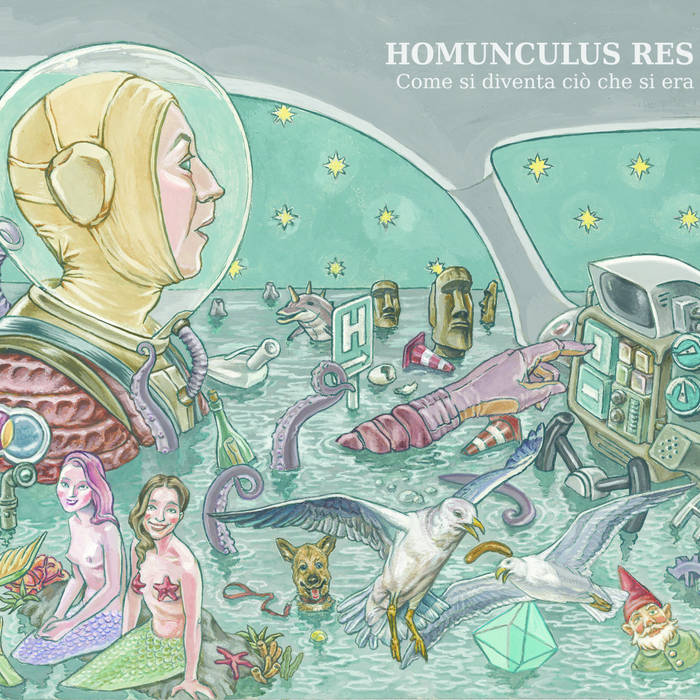 willy vlyminck If you like canterbury style music, don´t hesitate to buy this, exellent stuff.

Second album by the Sicilians Homuncolus Res, confirming the originality of the first album and the full compositional maturity achieved by the band.
Their vein remains strongly related to the best Canterbury scene, particularly to " Picchio dal Pozzo" but their musical approach remains open, combining melody and composition.
The lyrics, as usual amusing and ironic, have a common thread, since this is a “concept” concerning a city hospital .
The record is enriched by numerous special guests such as David Newhouse (The Muffins), Aldo de Scalzi (Picchio dal Pozzo), Alco Frisbass, Regal Worm, Wyatt Moss-Wellington, Paolo "Ske" Botta (Not A Good sign, Ske, Yugen)

AltrOck Productions was born in 2005. The aim of the label is to produce, promote and propose in various forms the best of what actual underground musical italian (but not only) scene offers, from experimental to avant-jazz, from RIO’s heritage to classic contemporain ... more

Bandcamp Daily  your guide to the world of Bandcamp